Color is all around us whether we notice it or not. From white office walls, gray tile floors in a grocery store or the blue sky, it is difficult to think of a world without color. With color all around us during our waking hours, how does it affect how we feel and behave? Are we conscious of these feelings or does color influence us on the unconscious level?

We give little thought to it, but the variety of color we see can impact many things from the foods we eat (would you eat a black orange?) to how we behave in the presence of flashing lights (is that an ambulance behind me?) or which clothes we choose to wear (am I going to a professional meeting or on a romantic date?). What is it about color that helps give life a little extra zest?

There has been significant research on how color affects our emotions (e.g. Jalil, Unus, & Said, 2012; Naz & Epps, 2004). Understanding how we interpret colors along scales such as positive or negative, warm or cool has been done to comprehend how color make us feel in certain situations (Singh, 2006). For example, understanding how colors make us feel in shopping/ retail/restaurant environments has been an area of interest for marketing groups to encourage appetite or to help customers feel relaxed (Singh, 2006).

In this article, the basis of color perception will be addressed, along with how color has been used to curb or bolster certain behaviors. You will also learn about how color can be used in food so that we eat with our eyes even before we taste. Finally, cultural considerations regarding color meaning and preferences will be discussed.

Our ability to see color depends on the wavelength of light. The light wavelengths that are in the visible spectrum for humans range from 400-700nm (See Figure 1.). There are many wavelengths that our eyes are not sensitive to, like X-rays or radio waves, therefore we cannot see them. The wavelengths of light that we can see are absorbed by cones in the back of the eye where the retina is located. The photoreceptors that are sensitive to color and bright light are called cones. The other photoreceptors that the retina contains are rods, which are not sensitive to color and work better in low light conditions.

Color vision is an entire area of scientific study within the realm of vision science, whereas examining how color influences us and how we use color to display our internal state is of interest to psychology. We not only aesthetically enjoy a rich tapestry of color, we also assign a variety of emotions to specific colors as well (Naz & Epps, 2004). Various colors have even been used to try and affect the behavior of those who view it. For example, prisons have used Baker-Miller pink (see Figure 2) on the walls as a method of abating aggression among inmates (Schauss, 1979). Schauss (1979, 1981) also reported that the color pink actually inhibits muscular strength and aggression in prison populations. Interestingly, some authors have criticized this finding as colors on the pink-end tend to be associated with red or orange which are often viewed as bold, arousing colors and not traditionally associated with having a calming effect (Pellegrini, Schauss, & Miller, 1981). Other studies on using pink in jail cells only found a reduction in aggressive behavior in the first few months of its use, whereas aggression increased over time (Pellegrini et al., 1981). There has been recent work that has questioned the usefulness of pink when implemented in prisons (Genschow, Oliver et al., 2015). 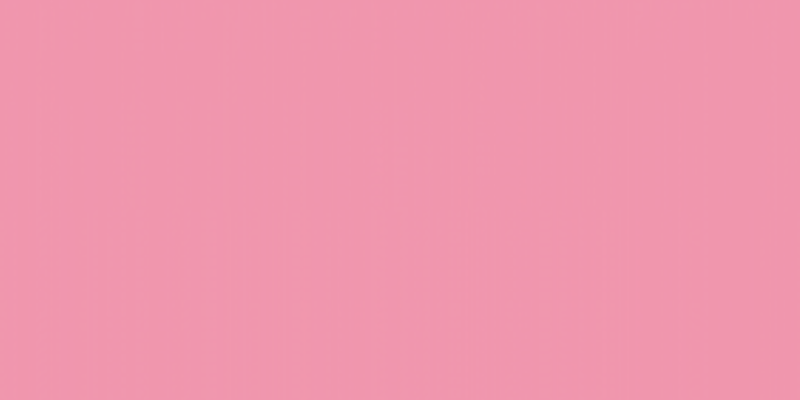 Outside of prison populations, color is used and studied to understand how it can influence those around the wearer. Red is often viewed as a sign of dominance in primates, while the same color can be viewed as a warning in other contexts (Weidman, Burt, Hill & Barton, 2015). Interestingly, some research suggests that athletes who wear red have an advantage in sporting outcomes due to the color of their uniforms alone (Hill & Barton, 2005). Moreover, men are rated as more aggressive and more dominant when pictured in red clothes versus gray or blue (Weidman et al., 2015 ).

We tend to wear blues, blacks and grays for business affairs while more vibrant colors can be used in other social situations. Evolutionarily, red can be viewed as a sign of attraction (Roberts, 2010). Several experiments by Elliot and Niesta (2008) demonstrated that men rate women in red to be more attractive. Another example is a study by Guéguen and Jacob (2014) where men tipped waitresses more if they were wearing the color red. Another study has shown that women are more likely to favor a red outfit over a blue or green outfit if they believe they will be conversing with an attractive man (Elliot, Greitemeyer & Pazda, 2013).

For several decades, food color has been studied to understand how people associate certain foods with color and whether people will buy food based on color (Garber, Hyatt, & Starr, 2000). Some examples of where colors violated what people expected from their food include clear cola or purple/green ketchup. These food alterations were widely considered failures (e.g. https:// www.businessinsider.com/major-food-flops-2011-1) and the products are no longer sold.

Researchers have found that food color is a powerful indicator of flavor association. In fact, certain foods are linked to a color and research has indicated that when beverage color and flavor are incongruent, people will often misidentify the flavor to match the color (Spence et al., 2010). There have also been consistent results regarding the addition of red coloring to foods and people rating the food or beverages as being sweeter the redder it appears (e.g. Clydesdal, et al., 1992; Pangborn, 1960).

As the world is now connected by the internet, people from different cultures can interact with each other at any time or purchase goods from the other side of the globe with the click of a button. This leads to the question if there are any differences in color associations across cultures. Are there color considerations to be made when choosing to develop a new product?

Research on color preferences in general has indicated that there are indeed differences in cultural color preferences and meanings (Eysenck, 1941; Reddy & Bennet, 1985). For example, the red can mean good luck in Chinese cultures, whereas, it can mean danger to Americans (Cyr, 2008). Likewise, blue can mean sinister in Chinese cultures (Akcay, Dalgin, & Bhatnagar, 2011; Schmitt, 1995) yet, in other societies blue is the most preferred color and is often regarded as a happy color by children (Camgoz, Yener, & Guvenc, 2001; Cimbalo, Beck & Sendziak, 1978). The color white is associated with purity and joy in India, China, Turkey and the United States. Interestingly, the US is the only country of the four that does not associate white with death (Akcay et al., 2011).

Understanding cultural preferences relating to color and color affiliations is important to bear in mind as the global marketplace becomes more connected. If a company intends to sell a product in a new cultural ecosystem, it would be worthwhile performing research on how to use colors to market the product to new, prospective buyers.

Color is all around us and may be used to influence how we feel, encourage specific behaviors, act as a social indicator or help identify foods and flavor. Understanding how color or other external stimuli affect us is an important study which can lead to greater insights into human behavior. As researchers strive to better understand the underpinnings of color and its influence, we can utilize such research findings to help decorate room interiors, market food and bridge cultures.

About the author
Dr. Thomas Baker is a Senior Customer Success Manager at iMotions who works with clients to help them achieve their research goals. Prior to joining iMotions Dr. Baker earned a Ph.D. in Psychology at York University in Toronto, Canada.