If you throw a frog into boiling water, it’ll jump straight out. However, if it’s placed in cold water and the temperature gradually increased, it’ll be found dead without any attempt to escape. We’ve all experienced that subtle death. Neuromarketing takes advantage of that vast blind-spot beyond our conscious awareness; leveraging psychological phenomena in subtle ways to lead us into certain decisions. Here are 10 subtle neuromarketing strategies to start leveraging:

1. GIVE ME ONE REASON

Our brains love answers; such is our love for crosswords and brainteasers. EEG recordings show a burst of neural activity whenever we have an “A-ha” or eureka moment, and on a lesser scale, when we’re given answers and reasons. Compliance comes with satisfying that neurological and intellectual hunger for solutions. The most engaging speeches don’t simply convey information, but offer resolutions. The most effective products don’t address problems, they solve them.

2. THE WHOLE WORLD IN YOUR HANDS.

Allan Pease gives a fascinating Ted Talk on how hand gestures completely change the public perception of a person’s presentation. Repeating the same script, the only thing that changes is hand gestures and positioning: palms showing, palms hidden, and using the index finger. The speech delivered with palms showing was remembered by 40 percent more people, and the speaker was described as likable and friendly. Palms hidden was described as authoritative. Using the index finger elicited the most negative response and least retention. Pease explains that the presentation of our palms is historically a sign of peace, that we have nothing to hide. Hidden palms subconsciously reflected protectiveness, dominance or power. Just picture Hitler’s salute. When giving presentations, being intentional about showing your palms will elicit a better response.

From salad dressings to computers and vehicles, we’re flooded with options. Most people celebrate that, but if you’re looking to make a sale, you’re better off giving fewer choices. Only 3 percent of shoppers made purchases when presented with 24 different varieties of jam as opposed to 30% percent when six varieties were offered. Similar results were found when an employer offered 50 different mutual funds versus five. More options produce paralysis. The mental processing required to assess and make a decision goes into overload. Avoid decision paralysis by narrowing your options down to three. In sales, increase your conversion rate by offering fewer options.

The effort to save $100 is much greater than the effort to gain it. That’s because our emotional reaction to loss is twice as intense as our joy in gain. Put into practice, a group of teachers were given $4,000 upfront, but told they’d have to return the money if their students didn’t show academic improvement. Another group was promised $8,000 -- twice as much -- but only after student’s grades came in. The higher grades came from the teachers working not to lose their $4,000. Savvy marketers always address what the customer stands to lose if they don’t purchase, not just what they gain. Productivity and goal-setting experts also use loss aversion, encouraging placing money on the line to increase motivation. 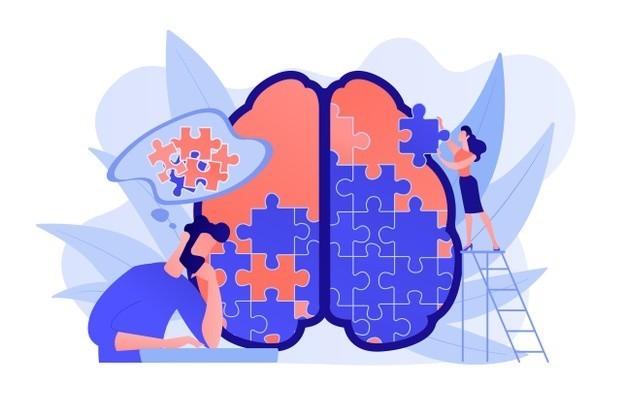 In many supermarkets, you’ll find the florist and bakery located by the entrance and checkout, along with walls of impeccably stacked candy and chip packets. The smells and colors are a sensory overload, releasing endorphins and a state of pleasure that results in more purchases. Colors trigger emotional and physical responses: Park rangers will plant bright colors to deter loitering. Waitresses who wear red receive more tips. Hospitals use white to bring a calming eff ect. Restaurants use yellow to perk moods and stimulate hunger. Low tempo music will cause shoppers to move slower and purchase more. Classical music has been linked with increased sales in wine stores and restaurants. Pleasant music played while you’re placed on hold keeps callers on the line longer. Logic and reason can easily be overwhelmed by our senses. A simple shopping list is great advice from your spouse for many reasons, one of which being a great tool for breaking through these subtle infl uences.

Advertise “for a limited time only” and, suddenly, there’s a spike in sales. Airlines often advertise “three seats remaining” to prompt you into making a purchase. When options are scarce, what’s available becomes much more attractive. Psychologists refer to it as a “temporary shrunken world,” causing our perceptions and decisions to change. The love at first sight on The Bachelor is lucky to get a second glance on a regular night out. When we have a strong need for something, we’re prone to falling into a “shrunken world” and making irrational decisions. Having that awareness is key to breaking out of it.

7. THE POWER OF STORIES

We say blood is thicker than water, but face embarrassment when our love for a football team can eclipse our own child. Dr. Paul Zak’s study showed just that. He monitored the release of the love molecule oxytocin while asking subjects questions related to products and significant people. Products evoked a stronger response over loved ones when they were framed within a story, e.g. the watch that belonged to your grandfather who went to war. FMRI analysis show that when our brains engage in a story, it behaves more like a participant than a spectator. A story is the bridge between getting and keeping someone’s attention.

Copywriters are very intentional with the use of “you.” Although the goal is to reach millions, the method is to sound like you’re reaching one person. Moving from general to personal breaks down the psychological “fundamental attribution error.’’ It’s our cognitive bias, we have one lens in which we judge other people, and another lens for ourselves; you’ll be furious seeing someone texting and driving, but find justifi cation for your own crimes. A generalized message will be interpreted through the critical judgmental lens, but a personal message is met with the sympathetic lens. Making someone feel as if they’re the only person in the room isn’t just good social intelligence, but very effective communication.

A company listed their bread maker for $275 and barely made any sales. They later doubled sales not by reducing the price, but by placing a similar bread maker for $429 right beside it. That $275 bread maker suddenly became a bargain. A clever salesperson will offer the highest priced product straight off the bat. A $129 tie doesn’t seem much after you’ve spent over a thousand dollars on a suit. An initial price that’s sky-high becomes an anchor for comparison and makes everything else look reasonably priced. It works beyond business. You could tell your partner you’re pregnant, followed by the dint you just put on the car. Our brain processes information relationally but these comparisons can be warped and unprofi table. It’s helpful to think in isolation also.

Increased success in negotiations may be as simple as crossing your legs at the same time your prospect does. Imitating another person’s posture, mannerisms and even tone of voice creates rapport. It happens unintentionally, but can be leveraged intentionally. Whenever we’re comfortable with another person, we naturally become in-synch. When they take a drink, you take a drink. Italian scientist Giacomo Rizzolati affi rmed this with his neurological discovery of “mirror neurons.” When we see someone scratch their nose, the same physical neurons that fired for their action sparks up in our own brain, as if we did the same thing. Evolutionists explain that it allows for empathy and bonding, a survival mechanism that can now be leveraged to build rapport and make people more inclined to accepting proposals. Of course, it’s a fine line between mirroring and mockery. It has to begin with a genuine interest in the other person. Dressing in a similar fashion to your colleagues, and finding out the dress code for the upcoming conference is a good place to start.

ABOUT THAI NGUYEN
Peak Performance Coach, Lifestyle Entrepreneur, International Kickboxer, TheUtopianLife.com. Thai writes from the intersection of success, psychology, & spirituality, and invites readers to embrace a holistic lifestyle. Born in Vietnam, raised in Australia, completed a BA in Humanities in Texas. Thai has been a 5-star chef, international kick boxer, now spiritual teacher & writer. He’s currently living in Cusco, Peru finishing his book on the power of stories in shaping our lives. You can follow his work at TheUtopianLife.com or connect with him on Twitter and Facebook.