Cracking the Code of Packaging Success

Packaging is perhaps the toughest challenge within the entire marketing mix. In a matter of milliseconds, it needs to stand out, signal the brand, communicate the relevant product, and use any trick at its disposal in order to end up in the shopper’s basket. In this light, it seems hardly surprising that many new products that enter the market fail. In addition, further along the product’s lifecycle, redesigning packaging oftentimes seems to do more harm than good. A redesign comes with the risk of losing brand recognition and the magic behind the pack’s former appeal. When Tropicana decided to say goodbye to its most famous brand asset – an orange from which a straw protrudes – sales immediately plummeted 20%. It only took six weeks of the sales train derailing even further before the marketing executives decided to bring back the straw and orange in their former glory.

Clearly, there’s a code to packaging success that marketing scientists and practitioners have yet to fully uncover. However, during recent years a number of remarkable advances have been made, both with regards to success forecasting as well deepening our understanding of which design principles underly these desired results. In this article, we’ll explore what neuromarketing has to offer to predict and increase packaging success.

Can product sales be predicted from the packaging?

Unravel Research, together with Royal Verkade, conducted a pioneering study on predicting sales of new product launches with neuroscience data. The study included 16 newly launched products in the cookies and bars category, which were tested among 30 respondents. The products were presented in three ways: stand-alone digital, on-shelf digital and in a physical mock-up store. This allowed us to analyze which method of data collection would result in the most reliable data for sales prediction.

In order to pinpoint the added value of neuro technologies above and beyond self-report data, the study included eye-tracking and EEG, as well as a more traditional survey and choice data. We were interested in predicting real market-level outcomes. Therefore, we conducted a regression analysis in which each product’s average weekly sales per supermarket in the Netherlands during 2019 served as the dependent variable. As the study included a single category with similar products, we were able to conduct a regression analysis on true category sales without needing to control for baseline differences between categories.

How each method fared

To our surprise, eye-tracking was the best stand-alone method for sales prediction. A package design’s potential to grab and hold attention explained 62.6% of sales variance. Especially the metric of fixation time and fixation ratio correlated strongly with sales. Secondly, choice during our choice experiment (respondents were allowed to take one of the 16 products home in our mock-up store) was highly predictive of in-store behavior as well, explaining 56.5% of variance. Next, EEG explained 32.9% of sales variance. Interestingly, the widely used approach- avoidance metric, indicated by prefrontal asymmetry, only predicted individual choice but not market-level sales. Instead, neural synchronicity during the 5-second stimulus exposure served as a better predictor of sales outcomes. We speculate that the modest performance of prefrontal asymmetry may be category dependent. As the cookies and bars category is categorized by the dilemma between indulging in delicious snacks and eating healthy wholesome foods, a mere approach-avoidance response may not tell the whole story. The higher predictive power of intersubject synchronicity is remarkable as, to our knowledge, this is the first study applying this metric to short-exposure static stimuli instead of dynamic stimuli (commercials, trailers), where it has previously been found to be effective. Finally, the survey explained 21.7% of the variance. Although clear differences exist in performance between methods, it is likely that predictive power varies widely across categories. For instance, in highly vivid categories (such as the cookies in the present study), the need for immediate attention may increase the power of eye-tracking data, whereas quality-driven categories may raise the importance of EEG .

While the methods clearly differed in their capacity to explain sales data, we were interested in combining these into more comprehensive models to test for any complementary predictive power. Out of all methods, EEG brings about the largest improvement in explained variance above and beyond the eye-tracking baseline model. In other words: EEG explains what eye-tracking doesn’t, thus making it the most optimal candidate for a supplementary method. Finally, combining all four methods sums up to an impressive explained variance of 89.9%.

However, caution is required when interpreting cause and effect. Because a regression analysis is fundamentally correlational, this does not mean the sales performance is caused by the pack design to the extent of the explained variance. More likely, people’s overall reaction to a pack’s design is made up of a far richer repertoire of marketing mix variables, such as brand identity, pricing image, advertising and typical shelf positioning for that brand. It is therefore likely that the total explained variance that can be achieved by packaging research will vary widely across categories, depending upon the current amount of knowledge stored in memory about the different category brands. 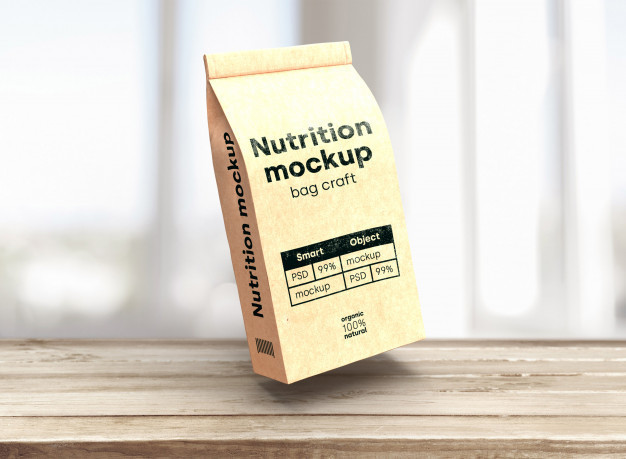 Which specific metrics are the clearest indicators of success: interest, universal appeal or choice?

With eye-tracking, we measured time to first fixation (associated with automatic bottom-up attention), average fixation time (associated with more conscious processing and interest) and fixation ratio (a measure of a pack’s universal appeal). While all eye-tracking metrics showed strong correlations with sales, time to first fixation was clearly the weakest. Clearly, merely standing out is not enough to do the job.

We measured the degree of shared appeal through eye- tracking (by means of the previously mentioned fixation ratio) and EEG. In order to gauge shared appeal from brain activity, we calculated the amount of neural synchronicity among respondents. This is a measure of the brains of multiple respondents ‘syncing up’, showing an increased overlap in their neural responses towards the stimulus. Both fixation ratio and neural synchronicity were key indicators of sales performance. This stresses the need for packaging design to win the hearts of the mass, and refraining from more idiosyncratic ‘love it or hate it’ design choices.

Considering the more traditional research methods, it’s noteworthy that a simple choice experiment was more than twice as predictive as a survey questioning product liking and purchase intent. Researchers who want to do a swift and affordable packaging test are therefore well-advised to display their product among a set of alternatives and simply ask the respondent which one they would like to take home.

The data corroborate five important practical findings that have been published in recent psychological literature:
1 Display the product. Sharp image-background contrasts are especially powerful, as these result in
an instant attention-grabbing pop-out effect. A new and powerful packaging trend in this regard is the transparent window that reveals the actual goods within (Simmonds, Woods & Spence, 2018).

2 Less is more. Many poor performing packaging designs were characterized by scattered visual attention, caused by too many claims and visual splendor. Most high performing designs simply had two main points of fixation: the product and the brand.

3 Top-heavy versus bottom-heavy design. The position of the pack’s main graphic influences the customer’s expectation of product weight. Bottom-heavy designs, which feature the primary visual at the bottom half of the pack, cause people to overestimate the amount of product. While this bias is beneficial for laundry detergent and coffee beans, a top-heavy design may be more optimal for light and soft products (Fenko, De Vries & Van Rompay, 2018).

4 Typography congruency. For edible products, it’s effective to select a font congruent with the product’s taste palate. Round fonts are associated with sweetness, whereas sharp and angular fonts appear more sour and bitter. (Velasco & Spence, 2019).

5 Don’t neglect this forgotten sense. The inclusion of touch information, such as tangible textures or usage of multiple materials, lifts sales volume through increased product interaction. Because, once you have laid your fingers on a product, it becomes a thousand times harder to say no (Spence, 2019).