Your Brain on Movies

Anticipating the behavior of large audiences to video stimuli, such as movies, movie trailers and TV series is extremely important for the film, media, and entertainment industries. The enormous expense of producing and marketing movies and TV series necessitates testing them to identify their commercial success potential. However, there are limited effective tools for evaluating and predicting consumers’ response to a movie or TV series before its release; as a result, no less than 75% of movies produce a net loss during their run in theaters. Movie-trailers serve as a primary marketing tool to promote a movie or a TV series, and they often capture the core characteristic of the movie and motivate its storyline. Thus, evaluating the responses of moviegoers to movie trailers can provide a convenient means of predicting an audience response to the actual movie and hence anticipate its potential commercial success before its release. In this study, we propose a novel computational approach for extracting neural-based metrics to predict the population-wide behavior of moviegoers.

We collected EEG (electroencephalography) and eye-gaze measurements from a small group of participants while they were watching movie-trailers and calculated two novel neuroscience-metrics. The first metric, termed “attentional-asynchrony”, relies on eye-gaze data; the second metric, termed “cognitive-congruency”, was estimated from selected frequency-bands of the raw-EEG data. Intuitively, cognitive-congruency is a measure that reflects the degree to which viewers are cognitively engaged with the movie-trailer; on the other hand, attentional- asynchrony is a measure that captures the ability of the movie-trailer to guide the visual attention of a group of viewers in a consistent way.

A key innovation of our approaches is the way we derive the metrics. In particular, instead of relying on heuristic measures, we employ machine learning to identify neural components that optimize the relevant information content of the resulting metrics. We hypothesize that the optimized EEG and eye- gaze based features carry predictive information as to the population’s choice to watch the movie as captured by the movie’s box-office performance. Moreover, we hypothesize that the two metrics likely capture different factors affecting the population’s decision to watch a movie. 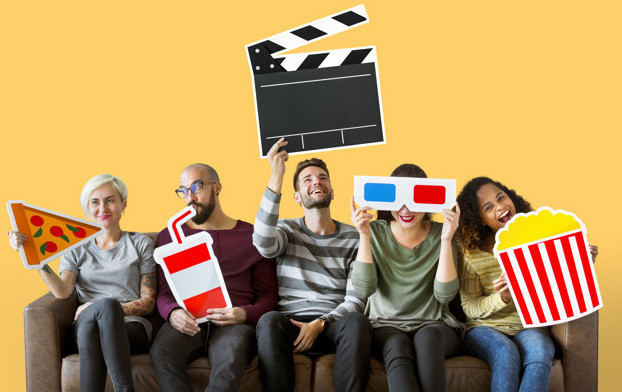 In this study, we proposed a novel neuroscience-based methodology to predict the commercial success of movies, based on the cognitive responses of a small group of viewers to the movie-trailer. The results indicate that the neuroscience-based metrics of cognitive-congruency and attentional-asynchrony provide significant insights into predicting box-office sales, not only at the movie’s premiere but also on subsequent weekend sales.

Taken together with current neuroscience literature, our findings suggest that movie-trailers are more successful in influencing viewers to watch a movie when they capture and retain the viewer’s attention and potentially engage viewer’s emotion; as those are measured by attentional-asynchrony and cognitive- congruency metrics. The most successful movie- trailers though, also trigger the long-term memory encoding process in the brain, as captured by the gamma-band cognitive-congruency metrics, and thus facilitate memorization of the film’s narrative. On the other hand, movie-trailers that only engage the reward system of a viewer’s brain, as captured by the beta- band cognitive-congruency metric, do not necessarily translate to an increase in the likelihood of viewers to go and watch the film.

In terms of its practical implication, the proposed approach can be employed to pre-test a movie-trailer and anticipate the commercial success of the movie or TV series, thereby helping to inform the marketing strategy of the film before its release. Moreover, the proposed neurophysiological and eye-gaze based metrics could be used as markers in cinematic studies to help investigate the impact of movie features and filming techniques (scene transition/animations/special effects) on moviegoers’ behavior. Production teams can use these insights to select different movie- trailer execution and optimize their marketing budget. The methodology can also be used as part of a film or pilot episode test screening to obtain unique insights into individual scene performance and help theproduction team to tighten up their film before it is locked. Taken as a whole, the proposed methodology equips the media and entertainment industry with a comprehensive toolkit to guide strategic marketing decisions.