Ipsos Marketing has launched a screening approach called DUEL, which taps learnings from behavioral science and cognitive psychology to capture consumer reactions without the use of scaled responses. 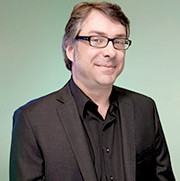 Using a device-agnostic gamified approach, DUEL can test claims, logos and package images, with turnaround in as little as 24 hours. The approach is 100% mobile capable, and offers options for a clickable phrase exercise to understand word impact, and the possibility of adding open-ends with text analytics. Clients receive detailed diagnostics, including recommendations about which items to pursue, rework, or eliminate, as well as those that have broad appeal as opposed to niche potential. <

Paul Crowe (pictured), SVP, US, Ipsos Marketing, explains: 'Our new testing approach is very similar to a virtual duel - with items pitted against each other on-screen in a series of contests. Instead of using traditional scales, respondents see a series of images two at a time and quickly choose the one they prefer. Winning items go onto the next round until a final winner is chosen. We are not only able to understand consumers' explicit System 2 preferences, but also their intuitive System 1 reactions by capturing the indirect measure of reaction time'.