The homepage of Sands Research’ website shows a large photograph of a girl shopping. She is wearing a hat disguising what she is wearing on her head and a striking pair of goggles. This project is their latest research showcase, a broad in-depth supermarket study of consumer behavior all over the United States. The project was realized on commission of POPAI, the global association for marketing at retail. To realize this project, Sands had to overcome certain technical difficulties. As often in neuroresearch, the results revealed amazing insights.

Neuroresearch is usually conducted in a controlled environment, such as a classroom or laboratory. The reason for this is obvious: research subjects have to wear a bathing cap full of electrodes and wear special goggles at the same time. These instruments provide millions of bits of reporting on eye movements and the electrical responses of the brain. Research in supermarkets requires facilities that can be used in a live-environment. The solution shown in the photograph worked, says Stephen Sands. “At the onset of their stroll along the aisles, most of research subjects suffered from anxiety. ‘Everybody is staring at me’; ‘These goggles make me look like a Borg’. However, they soon noticed that no one actually looked at them or their equipment. Adults took a brief glance and then assumed that the subject was probably visually handicapped. Children would sometimes take a longer stare, but did not ask questions or make loud remarks. When shopping, most people are remarkably unaware of their environment as they are highly focused on picking their goods. Consequently, the subjects’ anxiety levels usually dropped as they turned the first corner, and disappeared entirely within 15 minutes. By that time respondents were very much at ease. In fact, to such an extent that they performed certain tasks that are usually avoided when wearing an instrument that records every move. A few examples include nose-picking and going to the toilet. We registered events like these several times unintentionally!”

New Insights into Shopping Behavior In 2011

RSI implemented the Shopper Engagement Study. The central aim of this research project was to provide more insight on impulse buying behavior and the effect of displays. It also revealed completely new information on customer behavior in supermarkets. Stephen Sands told me that he already knew that shoppers fail to buy the things they intended to buy when entering a supermarket. “We performed sophisticated research projects on this subject. Each revealed that 70% of the products in the shopping cart actually differed from those products indicated by the consumer when entering the supermarket. This is an astonishingly high figure. Our study strongly suggests that this is a result of the way the brain works. A person who is shopping is highly focused. She - the majority of daily shopping is done by women - is steering the cart purposefully towards products and brands. Surprisingly, the shopper is also actively exploring the in-store environment, shelves and packaging. We found that 82% of the eye movements that explore products are going to products that are not the actual product being sought. A lot of attention is given to other brands and products in the same category. This means that only 18% of the eye activity is aimed at the actual product that is really being purchased.”

Neuroresearch shows that information about products and brands is processed in short chunks. Each evaluation takes 200 milliseconds. During this time span the product is evaluated and a decision (to buy or not to buy) is made. The first eye movement-evoked response is decisive. These outcomes are highly relevant for the companies that produce consumer goods. A practical inclination is that they should not radically alter packaging too often or too frequently. Package is essential to consumer behavior. Consumers focus on a certain brand image and package design. If the consumer does not perceive the expected product, more time will be spent exploring the different possibilities in this product category. A profound change in the appearance of products is a standing invitation to buy rival products. Coca-Cola demonstrated this with excellent proof with their recent Christmas Coke special offer. People were upset and confused because they failed to recognize the white package as their favorite red product. This fact is, by the way, perfectly understood by the automobile industry. They entice us by showing exciting new models, but in reality the exterior of their cars only changes in very subtle ways- little by little, year by year. That is a commercially effective response to the consumer’s brain. In the Shopper Engagement Study it was also observed that consumers perceive supermarkets as a part of their social environment. In the United States especially, supermarkets - not big box stores – act as a hub for the entire community. The local restaurant and coffee bar is a meeting point for friends, elderly people and other locals. There is a strong tendency for supermarkets to be cheap and sterile. In a study in Israel, the contrary was found to apply. A store that invested in lots of space, created a pleasant experience, socializing opportunities and quality foods realized very good results even though it took some time to build a circle of customers who were all very loyal and willing to pay a slightly higher price to enjoy shopping instead of seeing the experience as an ordeal.

Many people demonstrate an aversion towards neuroscientific research and are not positively inclined towards the results. Sands confirms this and illustrates why this is quite easy to explain. “We humans like to think of ourselves as intellectual, logical beings. The fact that we use associations and pictures to take decisions is contrary to that idea. Neuroresearch also shows more illogical behavior. An example: nutritional information on product is rarely red. Consumers also pay scant attention to price information. In contrast, we found that people find it very rewarding to buy ‘not so healthy-foods’ such as sweets, candy, ice-cream and alcohol. Illogically, they spend little time in these categories. Decision making is rapid. Far more time is spent buying less exciting products, such as groceries and milk.”

“Another reason why people find it hard to believe their own behavior is the fact that consumers do not act the way they verbally intend to. In a study on sunscreen we showed our subjects a trailer of advertisements. Shortly after showing this we asked them to indicate in a questionnaire which products they intended to buy. Of course the research subject, this sunscreen, was not obvious among the other products. At the moment of seeing the trailer we also recorded the brain’s responses. A week later we ran an unannounced questionnaire on products that had been purchased in the last week. We asked our respondents to check their receipts and shelves. Our research showed 0.7 correlation (r) between brain response and actual shopping behavior. In contrast, the correlation between stated intention and buying was a meager 0.2, which is close to no relation at all. People find it hard to believe and unpleasant to face the fact that they have so little knowledge of their own behavior. It seems as if we hardly know ourselves.” 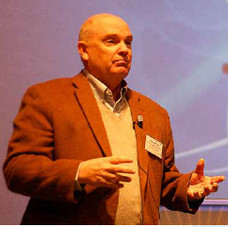 Over the past 25 years Dr. Stephen Sands has been instrumental in introducing many innovations. He is one of the founders of Sands Research and become a pioneer in applying cognitive neuroscience technology for unique insight into television and print advertisements, shopper behavior, product packaging and product design. Dr. Sands earned his MA and PhD in Biomedical Sciences at The University of Texas Graduate School of Biomedical Sciences, Houston, Texas. His academic career includes serving as a consultant to Brain Potential Imaging Laboratory at the Harvard Medical School.

Previous article:
Subconscious Mechanisms at the Point of Sale
Next article:
Help to improve the Neuromarketing Glossary
Close