Using Neuroscience to Optimize Visitor Experience in a Museum

Smartphones and the internet are fundamentally disrupting many industries from movies to retail, replacing in-person experiences with virtual ones. Art museums face many of the same challenges, resulting in declining attendance and membership. One art museum, the Peabody Essex Museum (PEM) in Salem, MA, USA is bucking this trend with rapidly increasing attendance and membership. Its endowment has increased over 10-fold and its collection has become one of the 20 largest in North America. A large contributor to its success is its innovative programming and approach to exhibits that enhance visitor experience. To take visitor experience to the next level, PEM is relying on neuroscience.

One of the key questions in exhibit design is how much and what kind of information to provide visitors to best augment the art. In this study, PEM wanted to determine whether providing a “viewing goal” (i.e., a specific task to perform while viewing a work of art) would increase engagement with the art, and which type of goal would be most effective at increasing engagement. 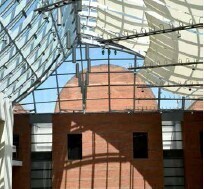 To optimize an experience in a museum, it is necessary to conduct the study in the actual museum with participants who are moving around and viewing objects at their own pace. PEM selected Shimmer’s Mobile NeuroLynQ system as the best, most robust, and easiest to use option for this in situ study. The NeuroLynQ system measures galvanic skin response (GSR) while the participant wears point-of-view (POV) glasses that record video of what they are looking at, allowing PEM to observe what environmental elements cause changes in the visitor’s GSR. The entire system is self-contained, and the participant can freely walk anywhere without the worry of disconnecting from a wireless connection. For this study, nine pieces of art were chosen as stimuli for the test, and four different types of priming were used:

Participants were recruited to come to the museum to visit a special exhibit. They put on the Mobile NeuroLynQ system and were given either a mix of prompts or no prompts at all (as a control). We controlled for participant, artwork, and order effects by balancing which prompts each participant was given at each work of art. This allowed us to isolate the effect of the type of prompt on visitor engagement. To evaluate the effect of the prompt, we analyzed the amount of time the participant looked at the artwork (dwell time) in addition to their GSR response. GSR was analyzed by (1) counting the number of GSR peaks and (2) calculating the “Delta GSR” which is defined as the difference between the highest GSR level and the preceding minimum (see figure 1). 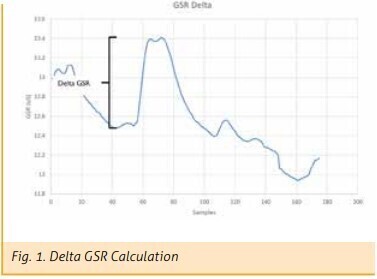 By every measure, judgment prompts were the most effective at generating engagement with the artwork. Figure 2 provides the results for the average number of GSR peaks per object, based on the type of prompt. Because there were multiple pieces of art, we were able to achieve statistical significance with only 14 participants in total. Judgment prompts had significantly more peaks than the control at the p<0.05 level. Free viewing was statistically the same as no prompt. Dwell time was highly correlated to the number of peaks, so we did not graph it.

As can be seen in figure 3, judgment prompts produced the largest response according to Delta GSR. The effect was highly significant (p<.001). In contrast to the results when quantifying the number of GSR peaks, both free view and search prompts elicited GSR responses that were statistically higher than no prompt. This contrast suggests that any prompt increases engagement, but judgment prompts are more likely to lead to more sustained engagement reflected in more peaks and increased dwell time as opposed to a single larger response (which would be reflected in a higher Delta GSR).

In addition, prompted participants spent longer in the exhibition, especially in the final gallery (data not shown). This suggests that prompts do increase sustained engagement. We were also able to demonstrate differences in label reading behavior between prompted and unprompted visitors. Another important finding for this type of research was that interactions with other people were the most engaging moments for participants. Although this would be expected, it highlights how important it is to account for such moments when analyzing the data. 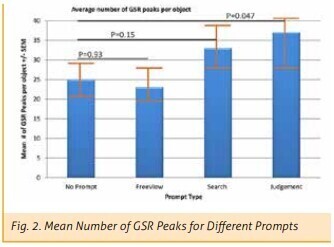 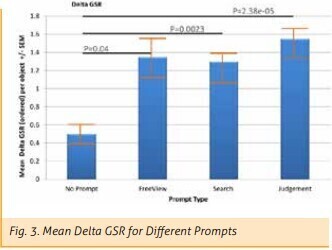 It is clearly possible to increase visitor engagement through the use of prompts, especially those that elicited some sort of self-referential judgment. Prompts helped participants engage in the labels as well as the artwork itself. These findings are consistent with previous studies, but it was important to confirm them in this environment. PEM is continuing to do further neuroscience studies and incorporate these findings into their exhibit design.