We live in a visually dominant age. Digital and social media have fueled a feeding frenzy for imagery as a primary means of communication. Marketers and creative teams are highly visually and copy-literate. Yet, in contrast, despite its hugely valuable potential to marketers, sound, voice and music have remained largely un-mastered - and thus relegated as a secondary force in branding and communication. Things are changing, and fast. Some believe the visual channel is becoming saturated: there’s only so much we can look at! They feel audio represents un-tapped bandwidth i.e. there’s an attention capacity element to add weight to its potential. And there’s a new and growing recognition amongst thought-leaders of the power and opportunity for audio in marketing.

In this context, specialists in sound design at Global, the media and entertainment group, appreciate better than most the unique sensory qualities in audio; not least its extraordinary ability to profoundly impact us physiologically as well as psychologically, e.g. it’s uncanny how instantly it can swing our mood, trigger deep, far-distant memories, evoke shivers up the spine or melt us into tears. By obliging us to “fill in the pictures” with our own imagination, a well-devised audio description can also be extremely personal, often connecting better with the listener than a more literal image would with the viewer.

NeuroStrata has collaborated on numerous projects to better understand and apply the science of audio and its emotional potency- as a means not simply for short, sharp call-to-action messaging, but for inducing and shaping altogether more emotional consumer response patterns.

For several years Global has been pioneering with applied neuroscience methods to improve insight into exactly how response patterns are shaped by voice alone. As part of a broader research program into the science of voice perception, Global wanted to explore the way in which specific accents shape how we feel or react. The intent was to learn lessons for fine-tuning and optimizing brand advertising and messaging.

An “Audio Tinder” test was conceived in which implicit reaction-timed testing responses were measured against a variety of different UK regional accents. It was playfully named after the popular dating app as it shares the same aim of capturing first impressions, but in our case of voice, and using a neuroscience-based methodology. The content of what someone says is often less critical to its impact than how it is said, and a big part of this is the accent used to deliver a message.

The same Audio Tinder script, a 30-sec voiceover introducing and profiling themselves to the audience, was read out by eight different voice actors in Scottish, Welsh, Yorkshire and London accents. A male and female version of each accent and script was used. A customized audio evaluation paradigm was created using CloudArmy’s cloud-based, implicit online testing platform, and then deployed to record and evaluate non-conscious responses to the different accents. The sample was 1600 UK respondents, and the associations being tested were Desirable, Fun, Interesting, Stylish and Trusted. 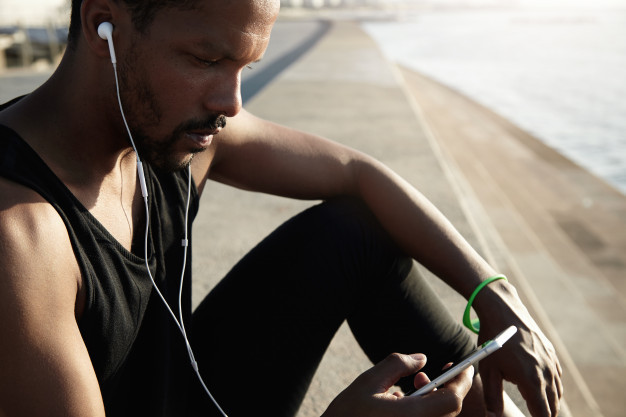 The results highlighted really quite striking and statistically significant differences in respondents’ nonconscious responses to the different regional accents. Important variances were detected between male and female characteristics within each regional accent e.g.

Nothing that the script content itself (between genders) is entirely consistent - the recorded differences in this implicit test paradigm are driven by our non-conscious response to the specific voice /accent. The data helps underscore how readily our minds color our perceptions with a deluge of associations to help shape the message and experience being delivered.

The findings of the Audio Tinder test, together with additional insights from the program of voice-related studies, are being used to shift advertiser and agency attitudes and work practices in the use of audio. Global highlight the importance of how a sharper focus on voice casting delivers greater precision in inducing the intended brand and messaging responses. This in turn leads to boosts in advertising effectiveness.

Now that highly agile, cloud-based tools, such as CloudArmy’s Implicit Reactor platform, are available to analyze these characteristics meaningfully, rapidly and affordably on-line, the opportunity for marketers is to use voice far more pro-actively, creatively and with more precision in audio branding and marketing.

This specific study focused on accents, but other qualities in voice casting optimization include annunciation, distinctiveness, empathy, timbre, pitch and tempo. Whilst of course matching voice-to-brand and advertising message remains an art, the introduction of new, agile, science-led tools help us test-and-learn to evoke very specific feelings, values and benefits as never before. For Global, the ramifications for its advertisers and indeed its own content creation is that more strategic and earlier upstream consideration and testing of voice-over selection can pay big dividends.

In advertising, voice-over alone can potentially evoke exceptionally intense multi-sensory information, even texture, taste and aroma. Acting below the level of consciousness, we may well be unaware it is the trigger for response patterns. The way our brains process voices is extraordinary; identical messages delivered by different voices, instantly conjure up rich but distinct associations, which, without us even realizing, influence the effect on the brand. As well as ensuring the ad hits the spot, a well-chosen voice can also help create a uniquely distinctive brand asset, trigger richer brand memory associations and implicitly glue together communications across different touch-points.