The end of 2012 and the beginning of a new and exiting year!
It is the end of the year and it we are proud what we have reached so far. Only officially founded in the beginning of 2012, we have grown to a solid association of 159 members in 36 different countries!
For 2013 we have trust and enthusiasm to continue our work to push the field of neuromarketing further.
We want to thank you, members and others with a professional interest in Neuromarketing for everything! Without your help, support and enthusiasm the activities below would not have been possible.

If you would like to support us in 2013, please join us (nmsba.com/join) or invest in a sponsorship (nmsba.com/support) For now: all the best wishes from me and the staff and hope to inform, engage, meet and inspire you in the 2013!


31 January 2012:
Announcement of our new elected local chairs in Australia, Brazil, Belgium, Canada,  China, Colombia, Denmark, France, Germany, Italy, Japan, Mexico, Netherlands, Panama, Peru,  Poland, Portugal, Romania, Spain, Turkey, UK, USA. These people are on for a term of three years. Every year we have elections in January. In 2013 we will welcome at least 5 new local representatives, but still 168 countries are not represented yet. If you consider becoming a local chair, do not wait to long. We can process bio submissions until 3 January 2013.
More information: http://www.nmsba.com/news/local-chair-reminder 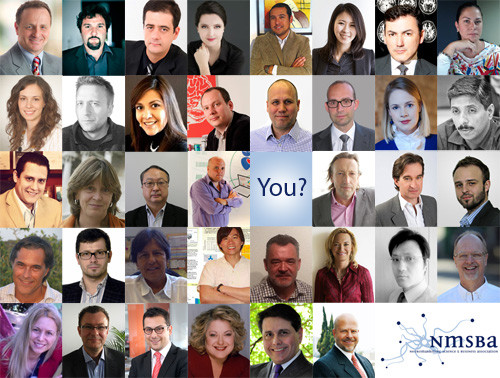 2 February 2012:
First edition of the Neuromarketing World Forum: 108 participants from 31 different countries gather in ice-cold Amsterdam for a warm and successful meeting.
For pictures and videos: www.neuromarketingworldforum.com/2012-amsterdam

1 April 2012:
Release of the first edition of Neuromarketing Theory & Practice 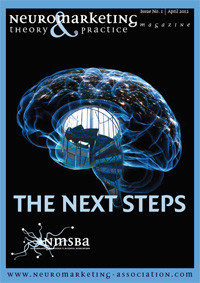 23 April 2012:
Launch of the job board on the NMSBA website: www.nmsba.com/jobs

23 June 2012:
Sao Paulo chosen as next edition for the annual meeting: www.neuromarketingworldforum.com

2 October 2012
Start of the competition to find young neuromarketing talent: Neurotalent of the Year: nmsba.com/neurotalent . Submissions possible until 2 February 2013

11 December 2012:
Launch of neuromarketing Education Directory which must provide an answer to the most popular question at our office: where to study neuromarketing?